Go for the Gold – Taxation of Olympic Prizes 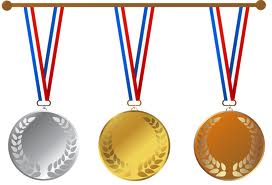 The Weekly Standard recently posted an article on the tax liability associated with earning Olympic medals.

As reported in the article, “Americans who win bronze will pay a $2 tax on the medal itself. But the bronze comes with a modest prize—$10,000 as an honorarium for devoting your entire life to being the third best athlete on the planet in your chosen discipline. And the IRS will take $3,500 of that, thank you very much.

Assuming the numbers worked out the same for Michael Phelps four years ago, he would have paid around $72,000 in federal income taxes attributable to his 2008 Beijing Olympic haul!  No wonder Treasury Secretary Geithner wants these athletes to go for the gold!