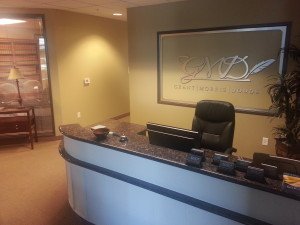 Nevada historically has been considered a favorable jurisdiction for forming and maintaining a trust.

As one of the first states to pass legislation permitting the self-settled spendthrift trust, or domestic asset protection trust (“DAPT”) as it is sometimes identified, Nevada offers cutting edge laws in the areas of trust formation and administration.

These progressive laws, coupled with an income-tax-free environment and relatively generous execution exemptions, have allowed the state to make its way onto the short list of go-to states for estate planning and asset protection…

In 2005, Nevada passed legislation that all but revoked the rule against perpetuities.  As a reminder, besides being the bane of all first year law school students, the rule against perpetuities limits the duration of a non-vested property interest, including those interests left in trust, so as to prevent dead-hand control by individuals establishing such interests.

In the event a trust contains provisions for unascertainable beneficiaries (e.g., unborn children), virtual representation statutes permit a court to allow for these rights to be represented without the need for appointment of an attorney or guardian ad litem.

In essence, Nevada law allows the interests of such unknown or minor beneficiaries to be represented by other beneficiaries whose interests are substantially similar and who have no material conflict of interest.

The trust protector, or trust consultant as it is sometimes called, is a party to the trust agreement who is appointed by the settlor to act as a check and balance alongside the trustee.

Trust protectors frequently are given the authority to remove and replace trustees, but the inclusion of such authority is solely depending upon how the relevant trust agreement is drafted.

Trust protectors may also have certain limited powers to amend a trust’s terms.  The use of trust protectors is not a new development; however, Nevada recently enacted legislation that recognizes the legitimacy and authority of the trust protector office.

While the 2009 Legislature recognizes the position of a trust protector, and even suggests some powers a trust protector might have, it leaves the specifics regarding scope of power and authority to the complete discretion of the settlor.

Having a statutory provision recognizing trust protectors and establishing roles in which they may act allows the settlors of a trust to have the flexibility necessary to ensure the trust’s proper administration and deal with unforeseen circumstances.

Decanting is a statutorily-enabled action that allows a trustee of a trust to appoint assets from one trust to another trust.  Currently, only eight states, including Nevada, have decanting statutes.

More than ten years ago, Nevada became one of the first states to pass legislation allowing for the formation of self-settled spendthrift trusts.  Since the inception of the Nevada DAPT, other states have followed suit.

In general, NRS 166 permits individuals to protect assets from the reach of their personal creditors and still derive personal benefit from such assets by transferring them into a trust where at least one of the trustees is a Nevada resident, Nevada bank, or Nevada trust company, and where the settlors are not authorized to make distributions back to themselves.

Assets are then shielded from the reach of the settlor’s personal creditors once a specific seasoning period has run (discussed below), provided the trust conveyance is not deemed to be a fraudulent transfer or wrongful to the creditor…

Some of the more notable features of NRS 166 are as follows:

6. No State Taxes on Income, Estates or Inheritances

Although the absence of state income, estate, and inheritance taxes in Nevada is not a recent development, from a trust perspective it is one of the most appealing aspects of doing trust business in the Silver State.

Accordingly, the allure of a tax-free environment for trusts and other income earning or asset transferring entities does not require an exhaustive explanation, except to say that Nevada is one of a small minority of jurisdictions that does not levy these types of state taxes.

In addition to trust laws, Nevada has many laws not directly aimed at trusts which not only facilitate holistic estate and asset protection planning, but bolster overall trust settling opportunities.

For example, Nevada law provides for certain charging-order-protected entities such as the limited partnership (“LP”), limited-liability company (“LLC”), and closely-held corporation.  Nevada law protects the owners of such state-recognized entities from all forms of judicial remedies except that of the charging order.

The charging order is a remedy which allows a personal judgment creditor to attach nothing more than an individual debtor’s distributional interest in the relevant entity.  As such, a personal creditor is not able to attach the owner’s proportionate share of the entity’s assets, nor is such creditor afforded managerial or voting rights in the entity.

Thus, with respect to the entity’s assets, the owner’s personal creditor is essentially forced to wait for the entity to make distributions to the debtor in order to satisfy any judgments…

The authors would be remiss not to mention that the laws of Nevada also provide for discretionary trusts, unitrust conversions, limited powers of appointment, private trust companies, and directed trusts.  Each of these statutory features provides added tools for better carrying out the intent of trust settlors.

The overall framework of Nevada trust law is catching the attention of the estate planning community on a national level with renowned estate planners consistently ranking Nevada in the top tier as a trust situs.  Indeed, those persons who establish, administer, and benefit from trusts agreements governed by the Nevada law enjoy superior flexibility and protection.”

Call our experienced asset protection attorneys in Las Vegas for a free consultation to help put together a protection plan for you and your family!