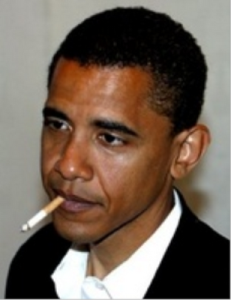 Limitation on Itemized Deductions and Personal Exemption Phase-out. The proposal would reinstate the limitation on itemized deductions and the personal exemption phase-out for upper-income taxpayers. The Adjusted Gross Income (AGI) thresholds would return to the 2009 levels, and would be indexed for inflation thereafter.  The thresholds would be $250,000 for married taxpayers filing joint returns, $225,000 for head-of household taxpayers, $200,000 for single taxpayers, and $125,000 for married taxpayers filing separately.

Dividends Taxed at Ordinary Rates.  The budget would tax qualified dividends as ordinary income for upper-income taxpayers. The proposal would allow the current reduced tax rates on qualified dividends to expire, as scheduled, for income that would be taxable in the 36 percent or 39.6 percent brackets.

Transfer Tax Rules Revert to 2009 Parameters.  The proposal would make permanent the estate, GST, and gift tax parameters as they applied during 2009. The top tax rate would be 45 percent and the exclusion amount would be $3.5 million for estate and GST taxes, and $1 million for gift taxes.

Portability Made Permanent.  Portability of unused estate and gift tax exclusion between spouses would be made permanent.

Modify Rules on Valuation Discounts.  We’d say good bye to valuation discount planning as we know it.  This proposal would ignore valuation discounts on minority interests in a family-controlled entity transferred to a member of the family if, after the transfer, the restriction will lapse or may be removed by the transferor and/or the transferor’s family.  This proposal would apply to transfers after the date of enactment of property subject to restrictions created after October 8, 1990.

Require a Minimum Term for Grantor Retained Annuity Trusts (GRATs). This proposal would require that a GRAT have a minimum term of ten years and a maximum term of the life expectancy of the annuitant plus ten years.  It would also require that the remainder interest have a value greater than zero at the time the interest is created and would prohibit any decrease in the annuity during the GRAT term.

Limit Duration of GST Tax Exemption. Obama would provide that on the 90th anniversary of the creation of a trust the GST exclusion allocated to the trust would terminate.

Grantor Trust Rules to Change. This is my least favorite of Obama’s changes.  To the extent income tax rules treat a grantor of a trust as an owner of the trust, the proposal would (1) include the assets of that trust in the gross estate of that grantor for estate tax purposes, (2) subject to gift tax any distribution from the trust to one or more beneficiaries during the grantor’s life, and (3) subject to gift tax the remaining trust assets at any time during the grantor’s life if the grantor ceases to be treated as an owner of the trust for income tax purposes.

For more information or to schedule a one hour free consultation, call us now at 702-938-2244 or click here to contact our estate tax planning attorneys online.