We went over the “fiscal cliff”—if only for a few hours—now what? 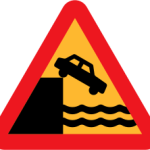 Technically speaking, we actually went “over the fiscal cliff,” as many significant tax increases and spending cuts automatically took effect at the stroke of midnight on December 31, 2012.  Later that day, however, on January 1, 2013, retroactive legislation (going back at least several hours) passed the Senate, and then later the House.  Our new law, the American Taxpayer Relief Act of 2012 (ATRA), permanently extends important tax provisions and temporarily extends others.  Following is a very brief overview of ATRA:

Transfer (Estate, Gift & GST) Taxes:  Now for the big surprise—ATRA makes permanent the $5 million exemption amounts for the estate, gift, and generation-skipping transfer taxes—the same exemptions that were in effect for 2011 and 2012.  Who would have thought?  Moreover, this exemption amount will continue to be indexed for inflation.  Going forward, the top transfer tax rate has been increased to 40%, up from 35%.  Obviously, estate tax planning will continue to be important for high net worth individuals and families.  ATRA also permanently establishes the “portability” provision which has been in effect since 2011.  Portability allows the executor of a deceased person’s estate to transfer unused transfer tax exemption amounts to a surviving spouse.  The GST exemption is still not portable, however, even between spouses.  Using a revocable living trust is still the best way for taking advantage of these valuable exemptions.

Likewise, lower long-term capital gain and qualifying dividends rates have been also been permanently extended for most individuals.  For those in the 10% or 15% marginal income tax bracket, a new 0% rate generally applies.  Those in the 25%, 28%, 33%, and 35% brackets will generally pay a maximum 15% tax rate. However, those who now pay tax at the new 39.6% rate will be subject to 20% long-term capital gain and qualifying dividend rates.

Other income tax provisions made permanent by ATRA are as follows:

ATRA also brings into effect some temporary income tax provisions, a couple of which are as follows: